As the eldest daughter of the Fang Conglomerate, Fang Yu was raised to become the sole successor of the company, yet she goes against her family’s objections to pursue boxing and won the championship title at the young age of 18. On the other hand, Ming Tian comes from a poor family. He once stopped schooling for three years in order to work and he decided to apply for a sports scholarship despite not having any background whatsoever. Fang Yu was one of the first to see his talents and their relationship grows over time. 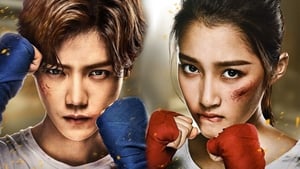