Children go missing in a town and the adults around them die suspiciously. When an internet rumor spreads that an adult met a child who went missing, and the adult dies 3 days later, local newspaper reporter Shunya Ezaki begins to investigate the mysterious deaths. Meanwhile his girlfriend, Nahomi Harada, works at a kindergarten school. A boy’s mother does not pick him up and she takes him with her. Then a mysterious man appears and the boy under Nahomi’s care soon goes missing. 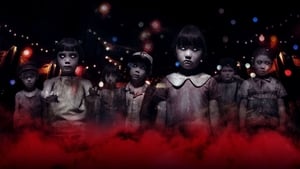