Please scroll down to choose servers and episodes 1 Views

The film tells the story of an eight meter long crocodile on the rampage in Hangzhou. Xiao befriends Amao, a 36 foot crocodile, who lives on his fathers croc sanctuary. Soon his father is forced to sell the crocodiles to a gangster who plans to use them for high priced meals. The story begins. 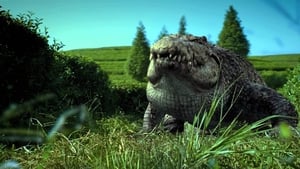