Please scroll down to choose servers and episodes 7 Views

A Sun Vulcan movie was released on July 18, 1981 at the Toei Manga Festival. It takes place some time after episode 23. In it Black Magma decides to separate Hiba from his teammates while plotting to blow up Tokyo with hidden bombs. 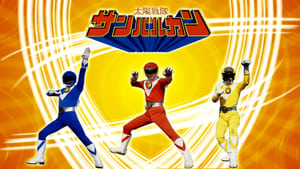